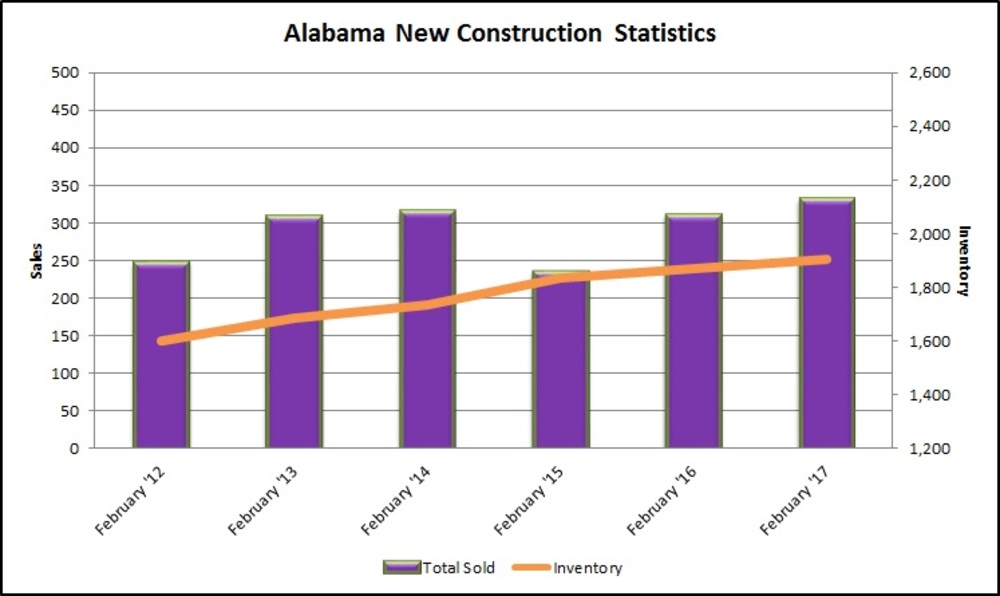 According to the Alabama Center for Real Estate's latest New Construction report, there were 314 new homes sold in Alabama during February, compared to 309 sold a year ago and 311 sold in January.

Here's how the five major markets stacked up.

The average days on the market for new homes was 98, down 31 percent from February 2016.

Inventory in the new home sector dropped 0.3 percent to 1,904 units.

Marshall County home sales on the rise in June 2020

Months of supply dropped from 4.6 to 1.9, reflecting a  market where sellers generally have elevated bargaining power.

According to the Lee County Association of Realtors, June residential sales in the Auburn-Opelika area increased 42.9% year-over-year from 182 to 260 closed transactions.