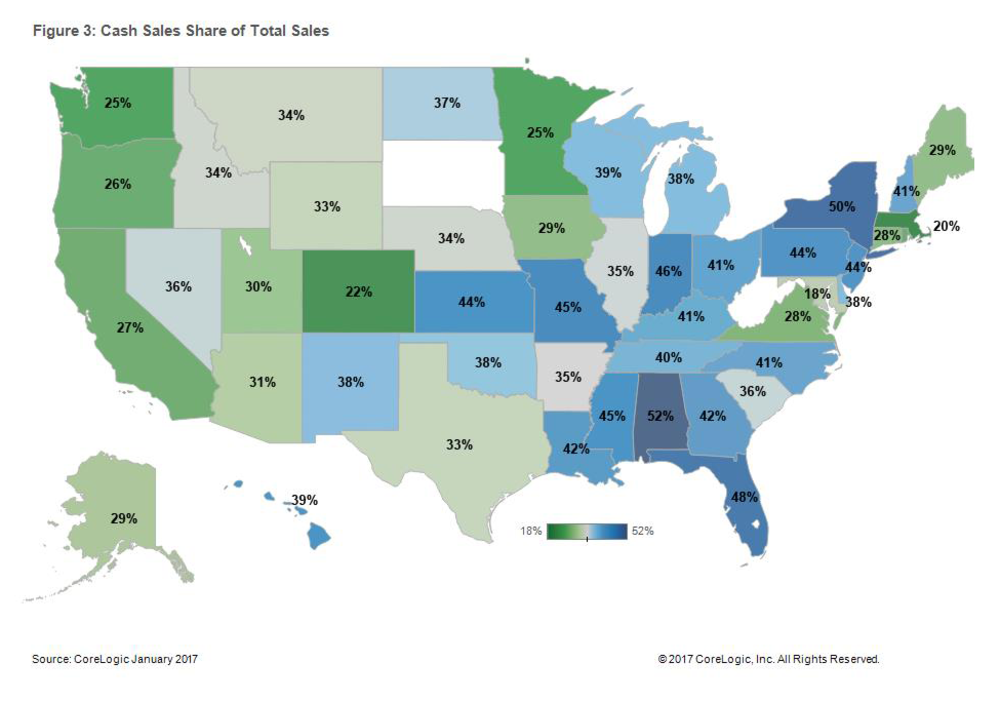 Alabama had the largest cash sales percentage of any state in the country during the month of January, according to the latest data provided by CoreLogic.

According to the report, 52 percent of all sales in Alabama during January were cash sales, with New York coming in second at 49.7 percent, followed by Florida (48.3 percent), Indiana (46 percent) and Missouri (45.4 percent).

Nationwide, cash sales accounted for 36.5 percent of sales during January.

In another report this month, CoreLogic revealed Alabama as one of the states with the highest rates of mortgages at least 30 days past due.

Mississippi led the way in this category at 9 percent, with Alabama at No. 5 with just over 7 percent. 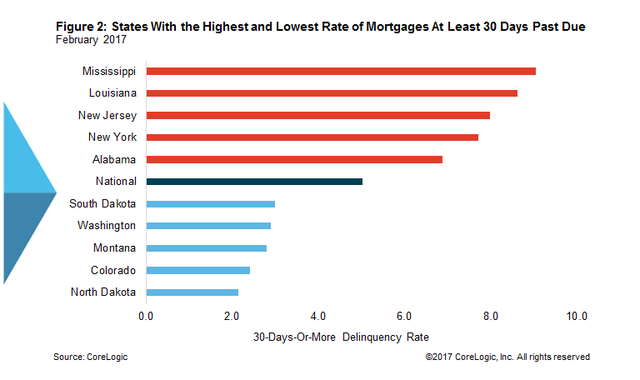