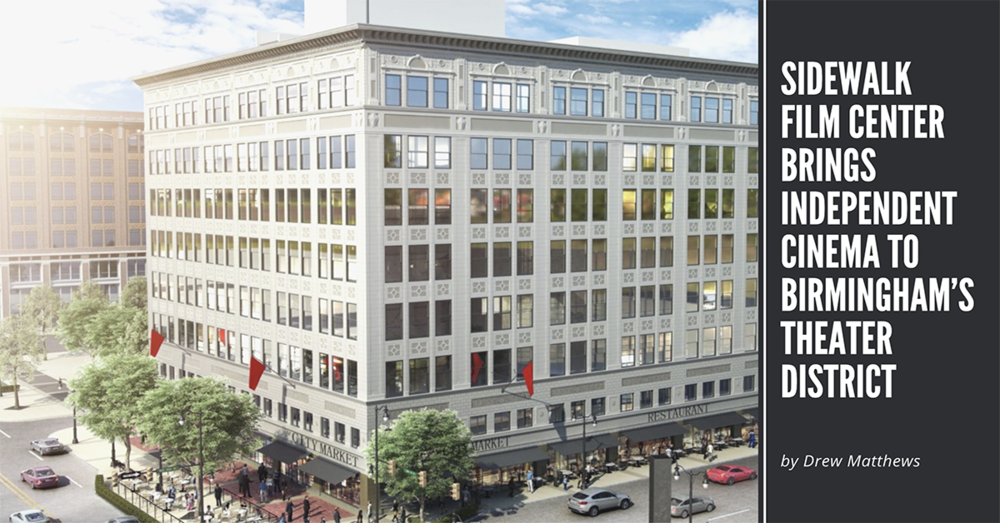 Experiential is not just a retail thing. Recently, AMC Theatres attributed its strong 2Q19 performance to experiential initiatives and theatre enhancements. As a leader in the cinema dine-in concept and a popular loyalty program, AMC reported second quarter revenues up 4.4%, net earnings up 122.5% for same period and an all-time attendance record with 97 million tickets sold during the quarter. Showing growth when revenue in the movie industry was down 3.7% year over year and down 2.5% in attendance, AMC is on to something.

In Alabama, the newly opened Sidewalk Film Center and Cinema also embraces this commitment to engaging theatre experiences and community interaction. Located in the basement of the Pizitz building on 2nd Avenue North, Sidewalk aims to be to not only to enhance the culture of Birmingham but also to be a strong economic impact to the area. “I feel that this is a strong step to help revitalize the theatre district in downtown Birmingham. It is amazing Birmingham has gone so long without a movie theater downtown and we are proud to help fill that void” says Chloe Cook, Executive Director at Sidewalk.

Sidewalk recently hosted their 21st annual Sidewalk Film Festival, a must-see event for indie moviegoers in Alabama. Bringing a variety of films to its audience, this festival is recognized as one of the Top 25 Festivals in the World by TIME magazine. “This year’s festival was extra special as we were able to open the doors of our new cinema in the historic Birmingham theatre district,” said Cook. “We are very excited about the new theater and knowing we will be able to provide a great space to view independent films as well as host educational classes for those interested in filmmaking.” 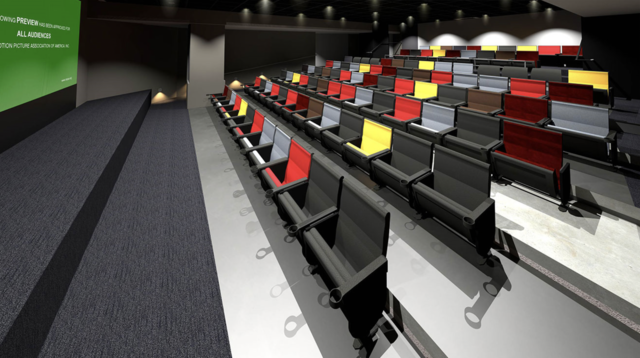 Sidewalk has partnered with Stewart Perry on construction and Davis Architects on the design of the new facility. A $4.9 million capital project, the 11,500 square-foot facility will include two 89-seat theaters, a bar and lounge area, concessions as well as an education room for classes on filmmaking. “I never imagined a project like this coming to fruition when I started at Sidewalk in 2009” says Cook. “We have received tremendous support from investors in the community that have allowed us to raise $4.5 million thus far” expressed Cook. In addition to donations from individuals, several firms have gone above and beyond in their support of Sidewalk and the project. Bayer Properties, the City of Birmingham, EBSCO, Hugh Kaul Foundation, the Jefferson County Commission and Regions Bank all have contributed in excess of $200,000 to the project.

In addition to the new cinema and facility, Sidewalk continues to place an emphasis on engagement with their customers and community. Sidewalk aims to provide a unique movie going experience through reinventing their offerings. Moreover, Sidewalk hosts competitions for filmmakers and screenplay writers, book and film clubs, technology workshops, a youth board, networking events and a podcast. “We believe this new educational space will allow us to be more involved with the community and engage them beyond just seeing a film” says Cook.

The Sidewalk Film Center and Cinema is open for business and has several screenings every day for just $13 a ticket. For more information about the Sidewalk Film Festival and to view movie times visit Sidewalk’s website.