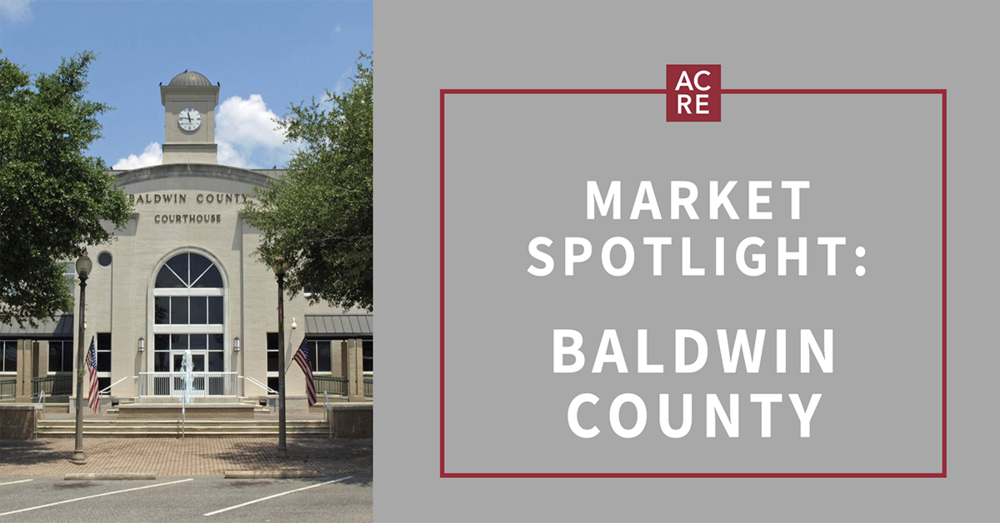 Baldwin County just continues to grow. With an estimated 218,000 residents in 2018, its population has grown 19.6% since 2010 making it the fastest growing county in the state of Alabama. Additionally, the Center for Business and Economic Research at the University of Alabama’s Culverhouse College of Business projects that the area’s population will grow to approximately 300,000 residents by 2040. It is also cited by the Census Bureau as one of the top 15 fastest growing metropolitan statistical areas in the United States, and it was named one of the fastest growing MSAs in the United States over the next five years by Site Selection Group. If the current population trends continue, Baldwin County is likely to become the 4th largest county in the state during 2020.

Similarly, Baldwin County continues to draw incoming business investment, leading the state in this category for 3 straight years according to SmartAsset.

Key industries in the area include aerospace, advanced manufacturing, distribution, logistics, and tourism. Segers Aero Corporation and UTC Aerospace Systems have been in Baldwin County for many years, and Airbus recently located in the Mobile-Baldwin region. The county has also seen steady employment growth and existing industry expansions in the advanced manufacturing sector. Companies with manufacturing headquarters in the county include Standard Furniture, Vulcan, Inc., and Quincy Compressor. Austal USA, Alabama’s largest high tech manufacturer, has over 1,000 employees in Baldwin County.

Distribution and logistics companies also play a significant role in the area’s economy. Two interstates, I-65 and I-10, combined with the nearby Port of Mobile, give Baldwin County a strategic location for distribution and warehousing operations. Rail access is also abundant as the nearby Port of Mobile is one of the few places in the nation where 5 Class-1 railroads converge.

Tourism also contributes significantly to the area’s economic base. With over 50 miles of beaches, Baldwin County attracted an estimated 6.5 million visitors in 2018 and accounted for approximately one-third of the state’s $15 billion in tourism revenues. Not surprisingly, the area has a robust condo market that continues to trend upwards. Total condo sales have increased every year since 2006, and the 1,595 condominiums sold in 2019 represent 3% growth from the previous year. Median sales price is also trending upwards as it grew 9.6% from $329,844 in 2018 to $361,350 in 2019.

Residential markets in the area are also experiencing similar trends. Fueled in part by a growing population and expanding economic base, total residential sales in Baldwin County have also grown every year since 2006. Sales increased 5.7% from 6,845 in 2018 to 7,233 in 2019 while the area’s median sales price increased 3.6% during the same period. The area is also home to a thriving new construction market. New homes represented 21.3% of all residential sales in Baldwin County in 2019 and 21.4% in 2018. To keep pace with a growing population, around 2,000 new homes are constructed each year, a trend that is likely to accelerate in the years to come. 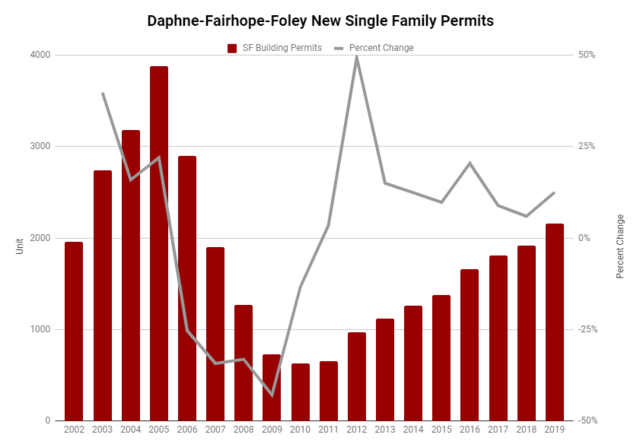