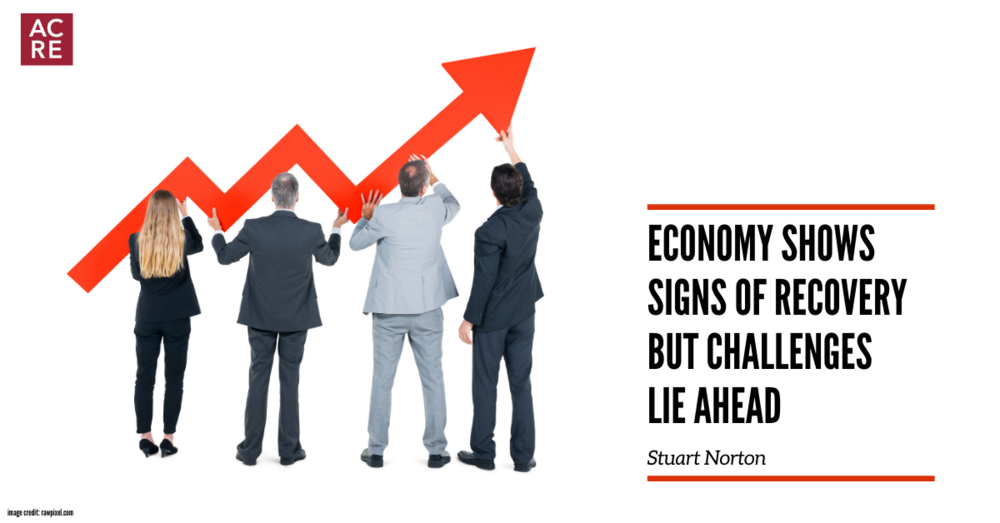 Economy shows signs of recovery but challenges lie ahead

The housing sector has been quite resilient in an overall down economy, with low mortgage rates and a desire for more space leading to elevated sales and new construction activity in both Alabama and the United States. The recovery of the overall economy, however, has been significantly slower. It continued along a path of recovery in recent weeks, according to George Ratiu, senior economist with Realtor.com. However, there are many challenges ahead, including elevated unemployment and the nearing expiration of benefits at the end of the year.

Home sales in Alabama continued to post significant gains in October, rising 32.3% year-over-year. Additionally, all 24 MLS associations reporting data to the Center showed rising sales activity from one year ago. Low mortgage rates and demand for more housing space has led to rising home sales in recent months. Supply is having a hard time keeping pace with demand as months of supply dropped to 2.0, a record low. Price growth has been strong as a result, with the median sales price gaining 16.3% year-over-year.

Building permits and housing starts are also on the rise in Alabama. Permits for new single family homes increased 25.9% year-over-year in October, bringing the year-to-date gain to 17.2%. Similarly, single family housing starts increased 28.3% Y/Y and 16.6% YTD. The pandemic has resulted in rising demand for new homes, especially those located in suburban areas. Homebuilders have responded by increasing construction activity, doing their best to keep pace with rising demand.

In national housing news, confidence among builders of single family homes hit an all-time high in November. According to the National Association of Homebuilders/Wells Fargo Housing Market Index, builder confidence increased from 85 in October to 90 in November, marking three successive months of record-setting highs. NAHB Chairman Chuck Fowke cited low mortgage rates and shifting consumer preference towards the suburbs when discussing the 17% rise in new home sales (YTD). However, the limited availability of building materials, including framing lumber, is a concern going forward.

Existing home sales also continued their upward trajectory in October, with the annual rate rising 4.3% from September and 26.6% from one year ago. Lawrence Yun, chief economist with NAR, noted that home sales have “performed remarkably well” especially when considering that the unemployment rate remains elevated. He continued to say that he expects sales growth to continue into 2021 if mortgage rates hold around 3%.

In economic news, industrial production rose slightly in October, increasing 1.1% according to a recent report by the Federal Reserve. The index has recovered much of the declines seen in the early months of the pandemic (February to April), but October production is still 5.6% below pre-pandemic levels and 5.3% below one year ago.

October retail sales increased 0.3% month-over-month, although the gain was less than expected mainly due to rising coronavirus cases and the expiration of unemployment relief benefits. Rising sales among online retailers, car dealerships, and convenience stores accounted for a significant portion of the gains. Sales declined among bars, restaurants, grocery stores, and brick-and-mortar furniture retailers.

Challenges along the path to recovery include a rise in initial unemployment insurance claims. Roughly 20 million Americans currently receive benefits of some type, and approximately 12 million will see their benefits expire at the end of the year unless there is Congressional action, adding to uncertainty and posing a significant challenge towards an overall economic recovery.