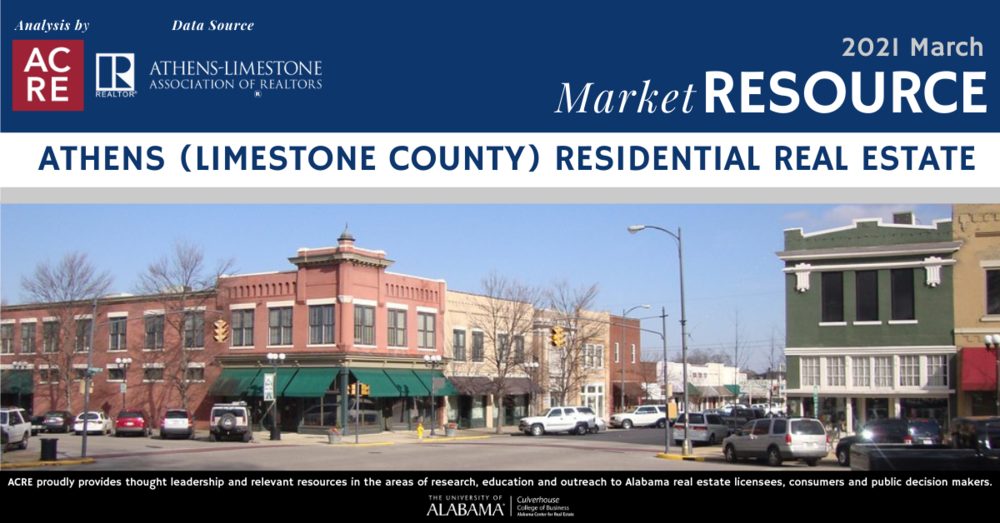 For all of the Athens (Limestone County) housing data, click here.

Inventory: Total homes listed for sale in March declined 39.7% year-over-year from 257 to 155 listings. Months of supply decreased from 1.5 to 0.7, reflecting a market where sellers generally have elevated bargaining power.

Pricing: The area’s median sales price in March was $260,000, an increase of 6.9% from one year ago and a decrease of 2.3% from February. The differing sample size (number of residential sales of comparative months) can contribute to statistical volatility, including pricing. ACRE recommends consulting with a local real estate professional to discuss pricing, as it will vary from neighborhood to neighborhood.

Forecast: March sales were 2 units, or 0.8%, above the Alabama Center for Real Estate’s (ACRE) monthly forecast. ACRE projected 227 sales, and actual sales were 229 units. ACRE forecast a total of 613 sales in the area year-to-date, while there were 569 actual sales through March, a difference of 7.3%.

New Construction: The 99 new homes sold represent 43.2% of all residential sales in the area in March. Total sales increased 67.8% year-over-year. The median sales price in March was $279,010, an increase of 4.9% from February and a decrease of 1.4% from one year ago.

NAR commentary: According to the National Association of Realtors (NAR), existing home sales nationwide decreased for the second consecutive month in March, falling 3.7% from February (seasonally adjusted annual rate). However, sales did increase 12.3% year-over-year. The median sales price for existing homes hit a historic high of $329,100, rising 17.2% year-over-year, also a record gain. Rising home prices are largely a result of extremely low housing inventory. The 1.07 million units listed for sale represent a decline of 28.2% year-over-year, resulting in 2.1 months of supply.

Lawrence Yun, chief economist for NAR said, “Consumers are facing much higher home prices, rising mortgage rates, and falling affordability, however, buyers are still actively in the market. The sales for March would have been measurably higher, had there been more inventory. Days-on-market are swift, multiple offers are prevalent, and buyer confidence is rising.”

Yun added that the economic outlook is encouraging and that mortgage rates are still historically low, even with the recent uptick.

ACRE commentary: Home sales in Alabama increased 23.4% year-over-year (Y/Y) in March, marking 10 consecutive months of Y/Y gains. The strong rebound in demand seen during the second half of 2020 has continued into the first quarter of 2021, with home sales rising 18.9% Y/Y during that period. Home sales prices continued to trend upwards in March, rising 16.6% Y/Y, mainly a result of market fundamentals (increased demand and continued reduction in supply). Housing inventory in the state reached another record low of 9,721 listings in March, falling 46.4% Y/Y, also a record decline.

The Athens Area (Limestone County) Monthly Residential Report is developed in conjunction with the Athens-Limestone Association of Realtors to better serve area consumers.

Editor’s Note: All information in this article reflects data provided to the Alabama Center for Real Estate for the time period March 1 – 31, 2021. Thus, the performance represented is historical and should not be used as an indicator of future results. 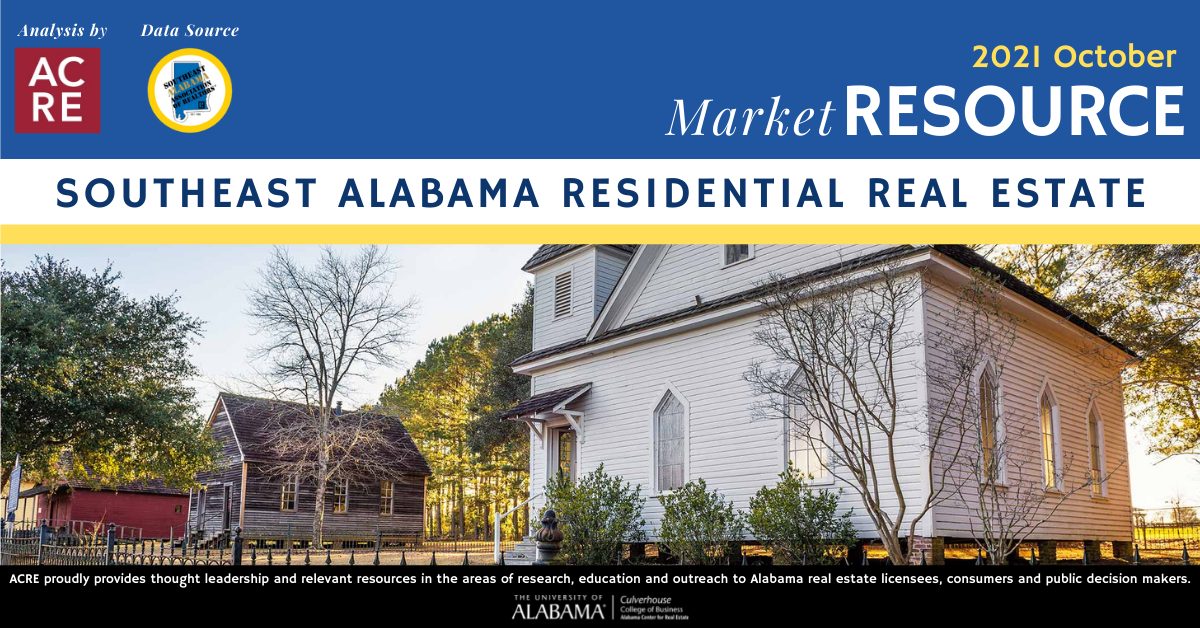 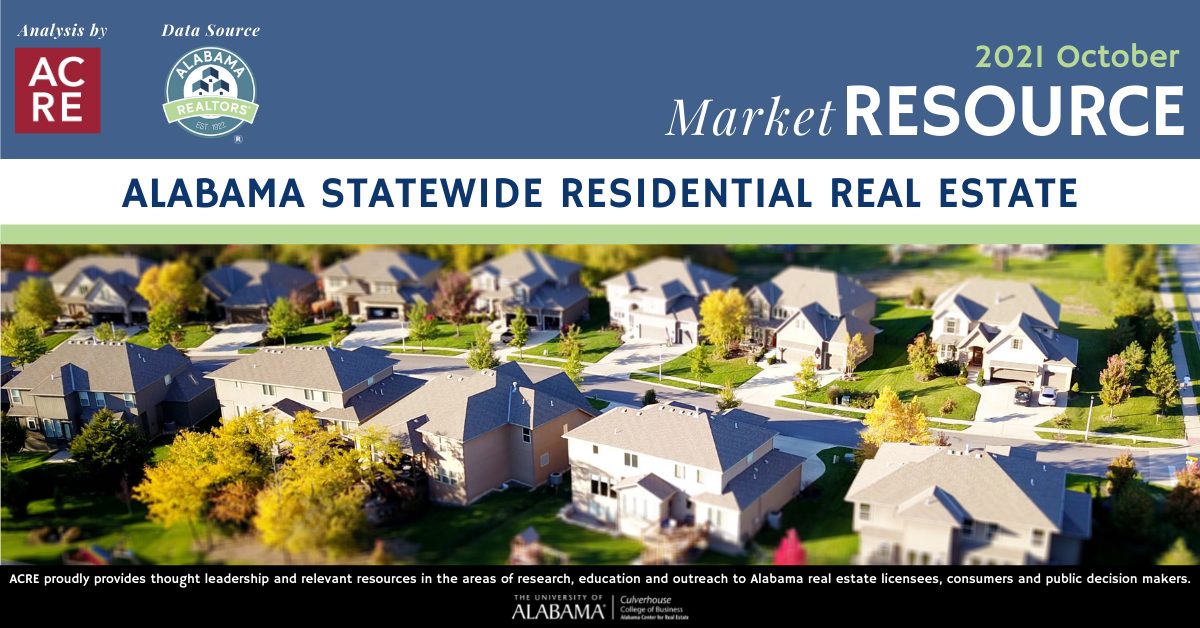