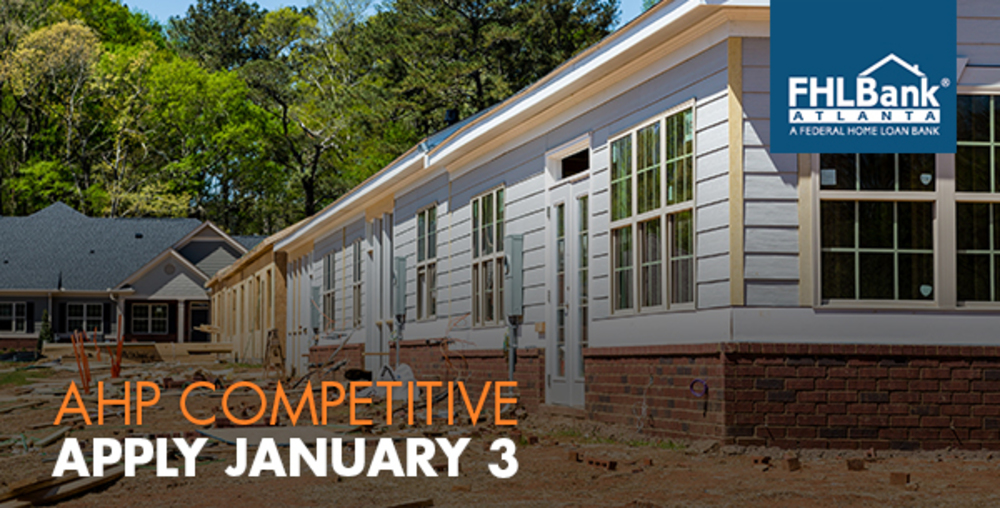 The new year is less than two months away, and with it will come a new round of opportunities for affordable housing in multiple states, including Alabama.

According to a release last month, the Federal Home Loan Bank of Atlanta will begin its 2017 Affordable Housing Program Competitive round on Jan. 3.

For more information on the AHP Competitive, click here.

Funding is awarded to projects on a competitive basis. Alabama members and community partners can apply for the 2017 AHP Competitive m from Jan 3 until the deadline date of Feb. 2 of next year.

"This is a unique opportunity for developers, community partners and FHLBank Atlanta member institutions, which could result in providing more affordable housing throughout the state of Alabama during 2017," said Grayson Glaze, executive director of the Alabama Center for Real Estate and a member of the FHLBank Atlanta Economic Council. "Many areas of Alabama, including rural and urban, stand to benefit from an influx of affordable rental and ownership homes."