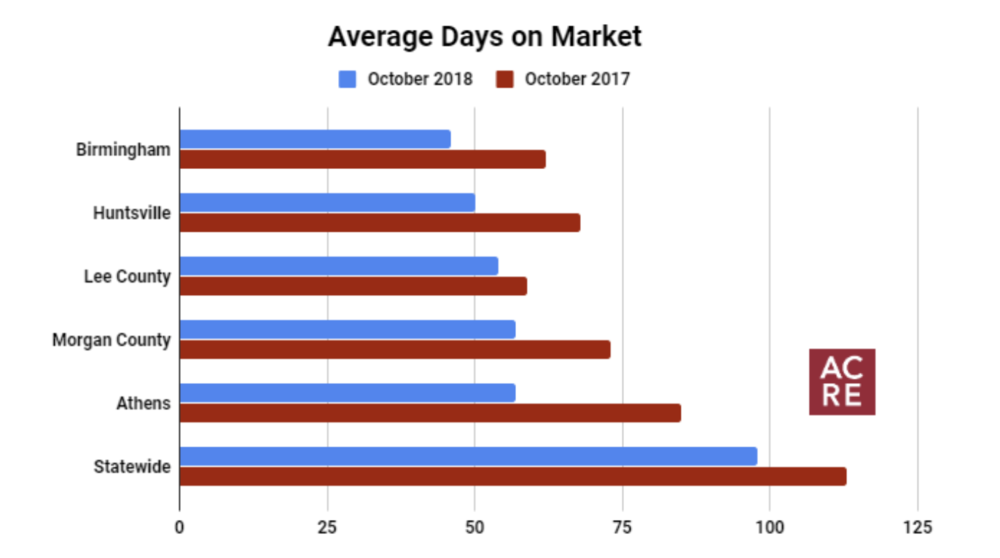 Fall 2018 real estate statewide has been strong in Alabama, seeing increases in statistics such as total sales and median price. Similarly, residential real estate statewide sold 13.6 percent or 15 days faster than the previous October. That significant change was due in large part to 18 out of the 24 associations, or 75 percent, reporting a positive year-over-year reduction in days on market from last year. The top 5 fastest selling markets were: Birmingham, Huntsville, Lee County, Morgan County, and Athens/Limestone County.

With the Alabama statewide report coming out on December 19th, it will be interesting to see if these areas continue to lead the state in selling the fastest. To review our statewide data, click here.