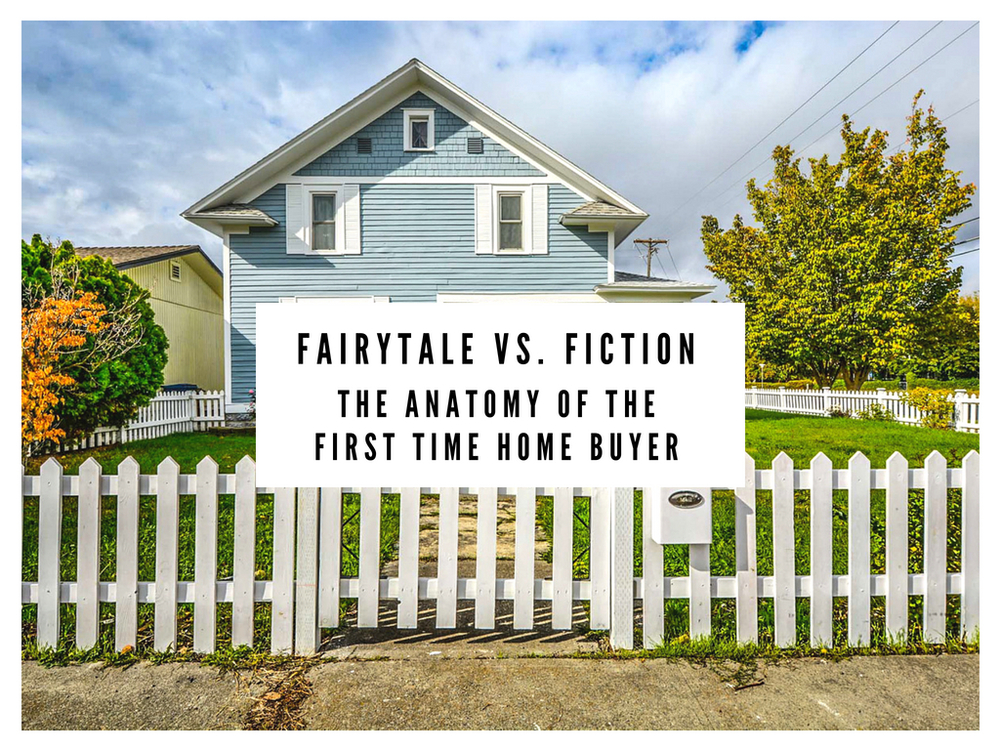 Fairytale vs. Fact: The Anatomy of the First Time Home Buyer

The anatomy of the first time home buyer seems to change depending on which article you read or who you ask – but most of them are just plain fiction.

Recent data from the NATIONAL ASSOCIATION OF REALTORS® is putting real estate fairytales to bed.

Many articles and multifamily developers have ceaselessly preached, “Millennials don’t want to buy. They want to rent.” However, recent data says otherwise. In a survey conducted by NAR, 9 out of 10 millennials believe homeownership is part of their American Dream. 8 out of 10 millennials want to own a home in the future.

The question many Realtors, lenders, and the disgruntled parents of Gen Y are asking is,  “Why isn’t Gen Y ready to buy?”

Millennials are under the impression that they can’t afford a home, and in many cases, they would be right. Student loan debt, rising home prices, and the inability to save up for a down payment are creating significant barriers to entry for millennials. These blockades alongside a number of others are causing an average of a three year delay in their quest to homeownership.

41 percent of first time home buyers have student loan debt with the median amount totaling $29,000. But what does that number really mean? The median income of millennials in the United States is $38,000.  76 percent of their income is owed to creditors before any taxes or expenses.

If millennials can afford to pay off their student loans, they face yet another barrier: high prices. While sellers and Realtors are basking in the glow of low inventory and premium prices, millennials find the market impenetrable.

“Inventory is low right now and prices are high. Starter homes are being priced out of reach for millennials,” said Jessica Lautz, NAR’s Managing Director – Survey Research and Communications.

It’s not a secret that prices are high, but for many millennials prices seem even higher.

A complicated combination of financial hurdles, high prices, and a knowledge gap are preventing millennials from the American dream.

This statistic rings true in Alabama where women are paid 73 cents for every dollar paid to men, amounting to an annual wage gap of $12,109.

How are women who are paid significantly less than men affording more expensive abodes?

“We found that women are making financial concessions in other areas of their life, in order to afford more expensive homes,” said Lautz.

Despite a wave of reports that smart phones, computers, and real estate savvy websites are going to replace realtors. First time home buyers use of agents have actually increased over the last thirty years.

The same is also true on the listing side. Agent-assisted sales are at an all-time high. In 2017, 89 percent of home sellers used a realtor to sell their home. 8 percent of people sold their own home by themselves, and a mere one percent successfully sold their home with a technology-based listing service such as Zillow.

Why? Like many things just because you can use the Internet- doesn’t mean you should. For example, there a plenty of YouTube videos on how to highlight hair, but most women want a trained professional. It increases the odds of a favorable outcome.

The same is said in using a real estate agent. Yes, buyers and sellers can use technology to sell their homes, but hiring a trained professional greatly increases the chances of success.The biography of the first time home buyer continues to be rewritten as economies and societies evolve. To learn more valuable information about the first time home buyer visit: https://www.nar.realtor.

All Posts
PrevPreviousConstellation: The Untold Story of Huntsville’s Highly Anticipated Development
NextAlabama Added 4,300 Jobs in April 2018, Up 24,200 Year-To-Date Versus 2017Next
X