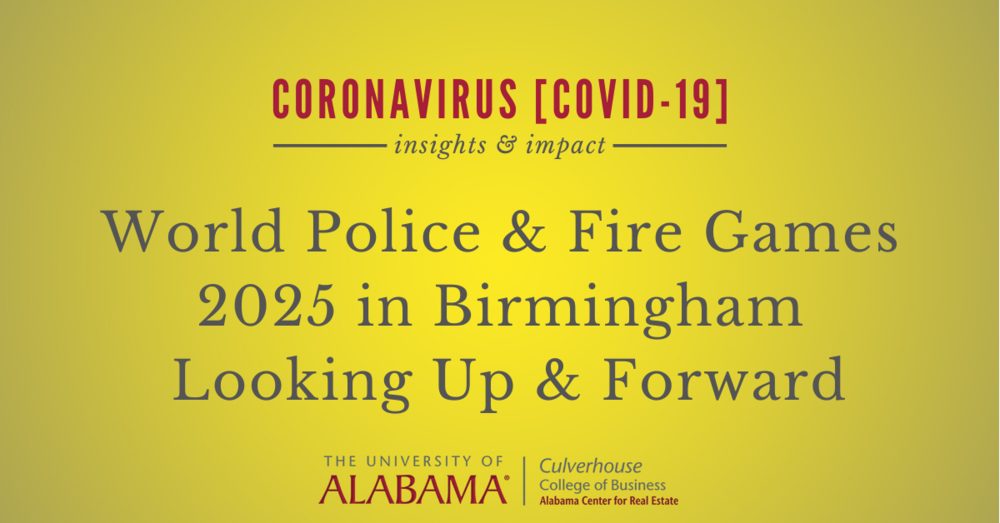 The plethora of “worst-ever” economic reports during this COVID-19 outbreak has overshadowed some Look Up & Forward economic news for the Alabama economy.  And this week was no exception with more “worst-ever” reports on housing ( April Existing Home Sales – largest one-month decline since July 2010 ), manufacturing (ISM – Institute for Supply Management – April report), and a new record tally for Jobless Claims (40 million total job losses since onset of COVID 19). However, there is encouraging news as all states are now at least partially reopened. Not only have our automobile manufacturing plants reopened, but the Alabama Department of Commerce and local economic development leaders have stayed active during “shelter in place” to aid Alabama companies pivot to alternative business strategies like making Protective Personal Equipment (PPE) like face masks. One such example is HomeTex located in Cullman County that successfully transitioned from making linens to making PPE.

But there is more “Look Up & Forward” news that is noteworthy heading into Memorial Day weekend. On May 6, 2020, while many of us had our attention elsewhere dealing with “shelter in place” orders, WVTM Channel 13 (NBC affiliate for Birmingham) broke the news that the Magic City was the winning bid to host the 2025 World Police & Fire Games.

The World Police & Fire Games (WPFG) are “an Olympic-style competition with 10,000 athletes representing law enforcement, firefighters, and officers from corrections, probation, border protection, immigration and customs from 70+ countries across the world competing in 60+ sports.” These are largely former military families whom we honor this Memorial Day weekend that continue to serve as first responders. Originally  founded a little over three decades ago in 1987 as a biennial international sporting event, “the World Police and Fire Games celebrates the service and dedication of first responders across the globe, and unites them to participate in a wide range of fierce-but-friendly athletic competitions equally built on competitiveness and comradery.”  Founded and hosted several times in the United States, past host countries have included Canada, Spain, Australia, Sweden, and Northern Ireland; however, in 2025 these games return to the United States after the 2023 games in Winnipeg, Canada. This will be yet another international event hosted in Alabama after Birmingham’s hosting the World Games 2021 – now moved to summer 2022 due to the COVID-19 outbreak and 2020 Summer Olympics being deferred to Summer 2021.

This announcement is another validating Birmingham and the state of Alabama as a world-class venue for major international events.  This observation was corroborated in the WPFG President’s press release comments:

“We believe that this city (Birmingham) is the whole package – from its venues, infrastructure and history of hosting major events, to its entertainment, dining, and attractions. This is a special place, and we are confident that our first responders, spectators and their families are going to be a part of an event to remember.”

The 2025 World Police and Fire Games – which will take place June 27 to July 6, 2025 – will feature more than 10,000 first responders competing in 1,600 medal events. The full lineup of sports will be announced in the future but is expected to include more than 55 disciplines, ranging from more traditional offerings like cycling, golf, softball and angling, to unique competitions like ‘ultimate firefighter,’ ‘toughest competitor alive,’ CrossFit, stair climb, and dragon boat. Events will be hosted at more than 35 venues across the city and will be free and open for all spectators.

Words cannot do justice to the Birmingham Bid Committee’s video presentation which was led by the Greater Birmingham Convention and Visitors Bureau, City of Birmingham, and Jefferson County. In this time of a public health crisis decimating our economy, the presentation will lift your spirit and encourage you to Look Up & Forward to World Games 2022 and WPFG 2025. 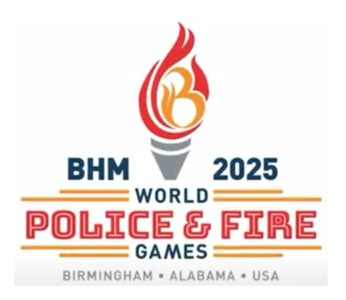 What the Retirement System of Alabama (RSA) commenced decades ago under the leadership of CEO David Bronner to invest in world-class tourism assets – ranging from the Bobby Jones Golf Trail to hotel resorts across the state – is now benefitting the state by enabling Alabama to compete for these type global events.  Winning the bids for World Games 2022 and now World Police & Fire Games demonstrate Birmingham (and Alabama overall) is on the global stage and competing with the likes of Atlanta; Charlotte, N.C.; Nashville, Tenn.; and Orlando, Fla. Thank you to all our economic leaders that have not “sheltered in inactivity” during COVID-19.  Your efforts to do “what if” thinking for our businesses and communities from HomeTex in Cullman County to Birmingham is not unnoticed or unappreciated. Remember our military veterans, first responders that are likely prior military, and all that our Country and Alabama still have to “Look Up & Forward” to this Memorial weekend.

ACRE remains committed in its COVID19 coverage at exploreACRE.com to bringing you the insights needed to “Look Up & Forward,” and do the necessary “what if” thinking.