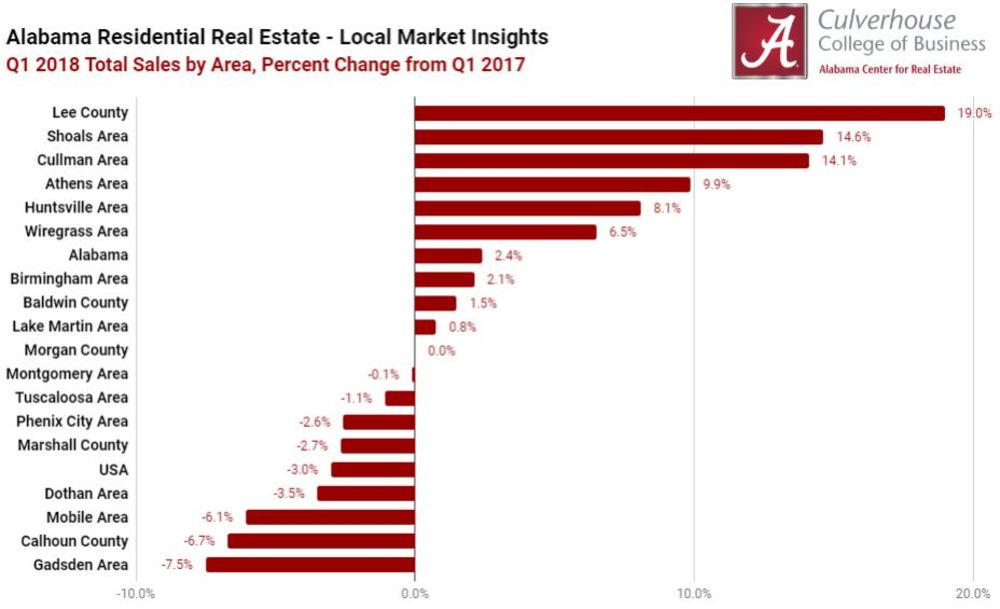 Alabama's Real Estate Markets During the First Quarter of 2018 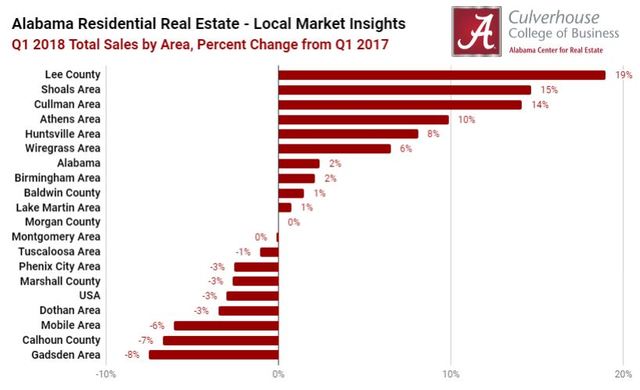 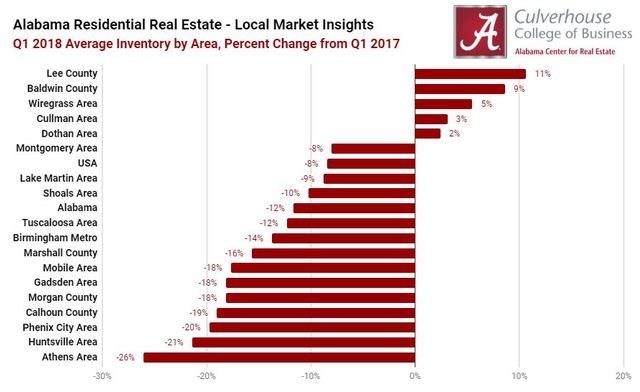 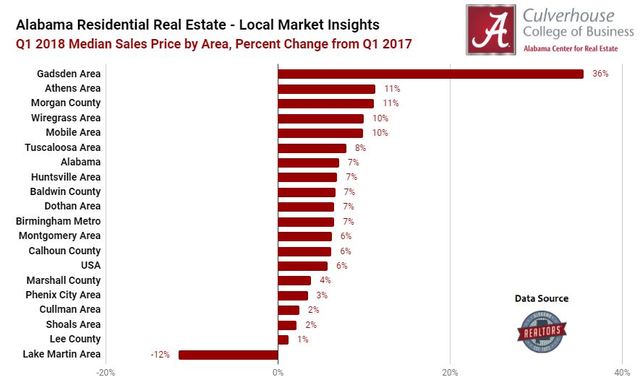 Given the inventory shortages in a majority of Alabama's residential markets, it is not surprising to see year-over-year growth in median sales price. The median sales price nationwide increased 6 percent from the first quarter of 2017, while it increased 7 percent statewide. 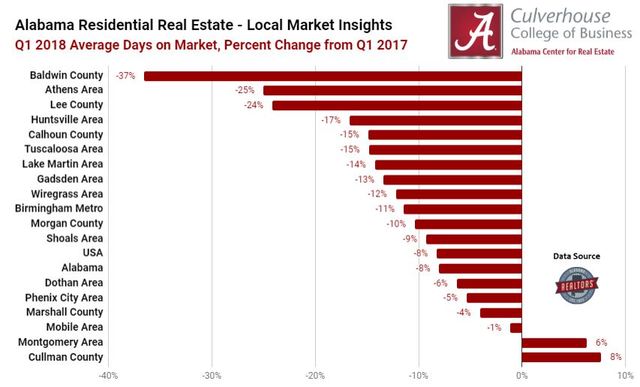 Compared to the first quarter of 2017, the average number of days on the market decreased in 16 of 18 residential markets. 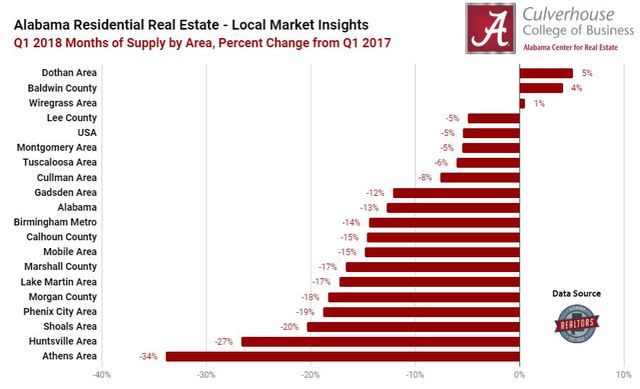