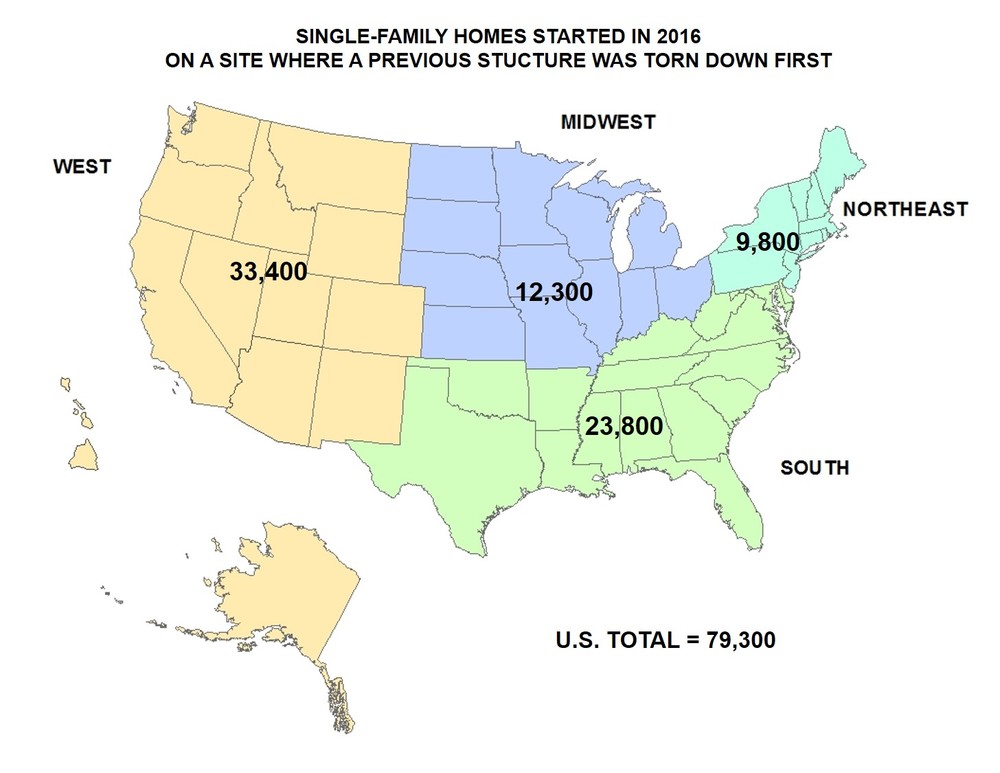 The South, which includes Alabama and 13 other states, had the second highest number of single-family tear-down starts during 2016.

According to a recent report by the National Association of Home Builders, there were 23,800 such starts during 2016 in the South, second only to the West, which had 33,400.

Around 10 percent of all single-family starts in 2016 were in the tear-down category, the report said.

The data used by NAHB came from the NAHB/Wells Fargo Housing Market Index for 2017.

The total number of tear-down starts in the United States was just under 80,000, the report said.